You are not Earning Enough

This site is dedicated to all those people out there who acknowledge that they are not earning enough money and who are ready to do something about it. People who are willing to put in a little bit of extra and smart effort to enjoy a better lifestyle, better education for their kids, better living conditions or whatever it is they would like to improve in their lives.

If you are convinced that you should be living a better life than the one you are currently enjoying
(if only you had more bucks) then be our guest - this site is for YOU! 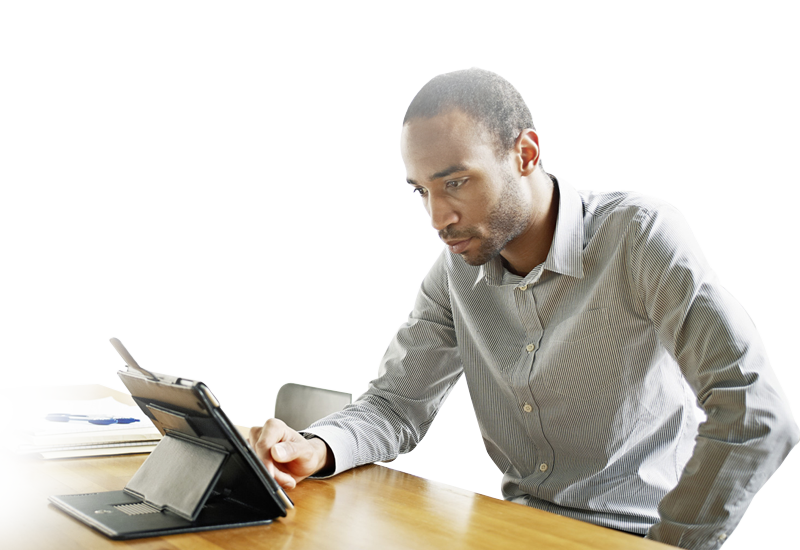 We offer you a very unique, legal and ethical way of Earning Enough!

Our system is a proven and duplicable system that is unique to South Africa. Please feel free to take a closer look and see whether what we say makes sense to you.
If you are employed in the corporate field the battle cry can be heard around the world:

Gone are the days of company loyalty either on the side of the company to its employees or on the side of the employees to the company. Each faction is doing what it feels it must to protect its own interests. The companies are finding that downsizing is all too often the only way they can show a profit or they come to the realization that they can employ two generation x-ers for the same salary as one 40-year-old executive, besides, these younger generations have twice the energy and most of them are without family ties yet, therefor don't mind the late hours required for the job.

Anticipating this, employees join a company with their antenna's up from the moment they come on board. They are always on the "look-out" for a better, more rewarding and more lucrative opportunity. Some, in the face of being downsized, will even find a way to come back to the company and fill the gap left by their departure by offering their services as an outside contractor.

If you are convinced that you should be living a better life than the one you are currently enjoying
(if only you had more bucks) then be our guest - this site is for YOU! 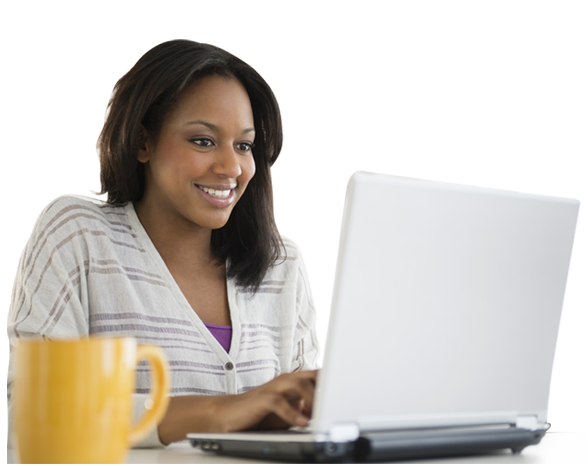 Women, tired of earning 76 cents on the male salary

Women, tired of earning 76 cents on the male salary, fed up with hitting the glass ceiling as they are bypassed in favour of their male counterparts and most of all, saddened at missing out on the precious growing-up years of their children, are moving away from traditional employment and adopting the popular male opinion that a woman's place is at home. Now all women can enjoy life at home, while running their own home business, thereby, also earning an income as well.

Pensioners are also discovering that they are without adequate pension programs to live out their golden years. Do you realize that there are approximately 50 million workers worldwide who have no pension funds, and 14% of people between 51 and 61 years, have nothing saved for retirement. The rest may have funds saved, but all too often, not enough to live even simple lives. So, rather than returning to their workplace, they look for alternate ways to supplement their pension income.

Downsizing and layoffs, the "finished at 40" syndrome, women hitting glass ceilings, no adequate retirement programs - these are a few of the facts, causing the shake-up in the corporate world, including South Africa.

So what are your options?

There are four basic quadrants into which all income earners fall: employment, traditional self-employment, home-based business ownership and leveraged income. Let's begin by taking a closer look at the first and second options.

Throughout the 20th Century, we witnessed the vast majority of people choosing the first: employment. Why? It's there. It takes no start-up costs. Someone else takes all the risks. They like the steady paycheck and learn to live paycheck to paycheck. Perhaps they lacked the know-how or vision to start something on their own. But today, because of the changing corporate climate, many are being forced to consider other options. The rest are just fed up with their lives being out of control. In the 21st Century, we will see countless professionals migrate out of this particular way of making a living.

Those moving into the second quadrant of traditional self-employment are doing so because they see certain notable advantages over employment. They are their own boss, get to determine their own work hours and have a far greater possibility that they can earn what they feel they're worth. Many also feel that they can better utilize their talents to the fullest and in the process gain the respect of their peers.

But there is a new set of challenges for the conventional business owner that should be
taken into account. This is largely due to: 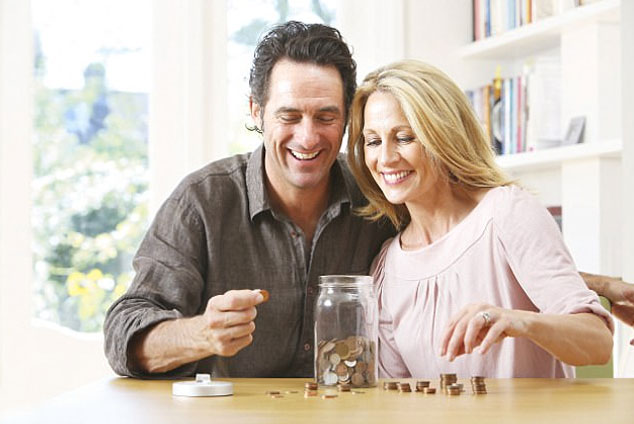 Why the move toward home-based businesses?

Ten years ago, if you were working out of your home, it was like you had some sort of disease. But over the past decade, home-based businesses have quietly begun shedding their stigma. Many workers are re-evaluating their priorities. They are walking away from the commute, the pressure, and the harassment towards freedom. Even self-employed individuals are beginning to recognize what they have given up for the price of being their own boss in the traditional business world. With so much downsizing, the corporate world is helping to boost this trend. Added to that, people today prefer to "cocoon" within a home-based lifestyle but still enjoy networking with family and friends. 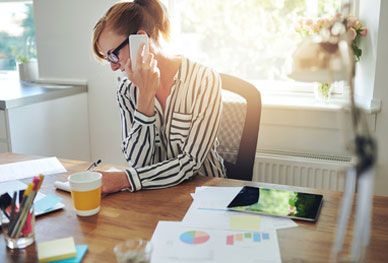 Look at these statistics: In the USA from 1983 to 1997, the number of home-based workers grew from 6 to 32 million. By 1997, more businesses were started at home than on Main Street, New York or on any other commercial street or mall.

According to INC. magazine, 705000 home businesses began that year, compared to 610000 businesses that located at commercial sites. 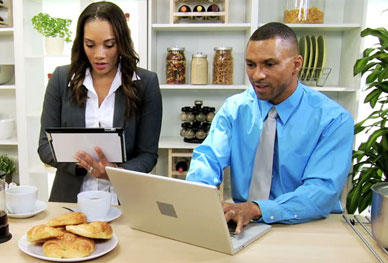 Two major trends have helped to legitimize those of us who choose to work at home. One is the recent explosion in affordable and easy-to-use office technology. The other is the popularity and convenience of web sites and shopping on the Internet. Anyone in any home business can compete on a level playing field with any Fortune 500 company. No one really knows whether our home page or the faxed document came out of the equivalent of a 2000-person corporate giant or a one-person home operation. 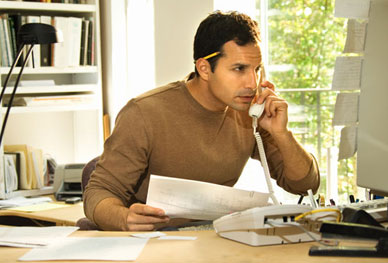 The upside is, as a business owner, particularly one that works from home, you are not tied down as you are with employment or self-employment. You are free to own multiple businesses with far more lucrative possibilities. Your overheads are the costs of setting up and maintaining your web site(s), (which in our case you get 100% FREE), and basic home-office technology. It is clearly an option that more and more people will choose over the coming years.

We don't want to make any business sound too good to be true. Depending on the type of business you decide on, there are still a few issues with which to contend: 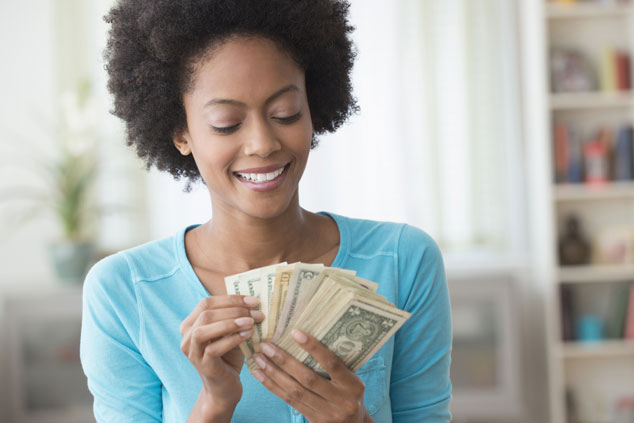 Again, if you are aware of the inevitable challenges, it is possible to select a business that avoids many, if not all, of these issues and we believe our opportunity does, simply because we offer a much needed, affordable service and our timing is perfect.

Why the timing is right?

The timely convergence of three dominant forces is destined to change our world forever: the Internet, E-commerce and Relationship Marketing. Any one of these has the power to transform society and redefine how businesses will operate and how individuals will work and live. But the confluence of all three simultaneously will go down in history as a pivotal turning point in the advancement of our civilization. 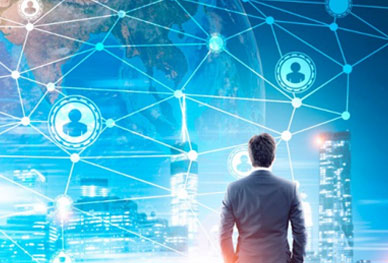 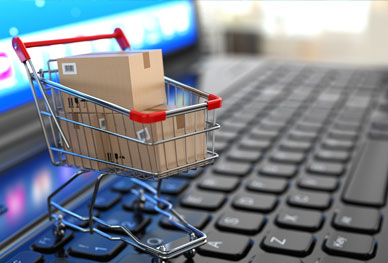 E-commerce is changing the face of business. Stimulated by convenience as well as the ability to save time and money, consumer revenues exceeded $14.8 billion in the year 2000, up from $7.7 billion in 1999, $4.5 billion in 1998 and $1.8 billion in 1997. There is general consensus that e-commerce is now and will continue to be a trillion-dollar global trend. 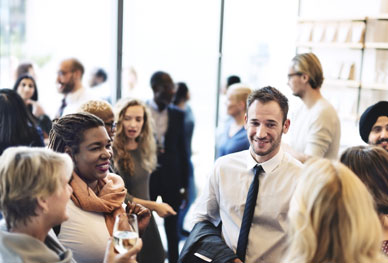 What if you could be shown a business opportunity in which:

If you have eliminated working for someone else as an option, you're a candidate. If you have already experienced working for yourself and are tired of measuring your success by what you gave up to get it, you're a candidate. If you are attracted to the idea of a home-based business but want to avoid the downsides, then you are also a candidate for the new profession emerging in today's world - a profession that embraces lifestyle, freedom, personal fulfillment and long-term financial stability for the 21st century. You could be one of the new entrepreneurs giving rise to the emergence of a new culture in our society, replacing the confinements of traditional employment with the autonomy of a home-based business.

This leads us to the fourth quadrant: a form of investment where you are able to leverage either your money or yourself.

How a leveraged income is created

Investments of one form or another have always been the greatest form of wealth building. Given the track record of workers failing to generate extra cash and/or savings for retirement, there are relatively few who have enough money to invest for that alone to make the difference. But there are innumerable professionals today who grasp the concept. They know, unquestionably, that leveraging is the key to great wealth. It will begin to make sense to more and more workers who are searching for solutions to creating an income flow in which they see leverage as the key. Franchising is a leverage opportunity - but it takes money to do it. Network marketing is a leverage opportunity without it taking a great deal of money. (In fact, in our case that amount is a minimum of R30,00 per month which we believe is the lowest in the industry in South Africa.) As it has evolved today, network marketing is one of the rare options whereby people can leverage themselves by duplicating their efforts through their relationships with other people.

Consequently, as we move into the 21st Century, we believe that the profession most likely to advance this Entrepreneurial Age is network marketing. We are not talking about the Network Marketing cottage industry of the past, but about the professional and powerful Relationship Marketing / Network Marketing, viral marketing and permission marketing fused into one. So many people including the acclaimed Stephen Covey , author of The Seven Habits of Highly Effective People , are now endorsing this industry as a way of life. To quote him exactly, he has said:

"Network marketing has come of age. It's undeniable that it has become
a way to entrepreneurship and independence for millions of people."

Robert Kyosaki, author of Rich Dad, Poor Dad, states in his book The Business School, "If I had to do it all over again, I'll do it the Network Marketing way." Why is this so? Certainly the shake-up in the corporate world is playing no small part as well as the accessibility of easy-to-use technology. But all indicators come back to the Internet as the primary cause. What kind of industry depends on massive numbers of people needing to communicate person by person and do so on a worldwide scale? The Internet was designed for relationship marketing, that personal, one-on-one interactive selling, educating and informing kind of marketing with people in every country around the globe. Many people all over the world are becoming financially free due to this powerful source.

Kindly provide the below details